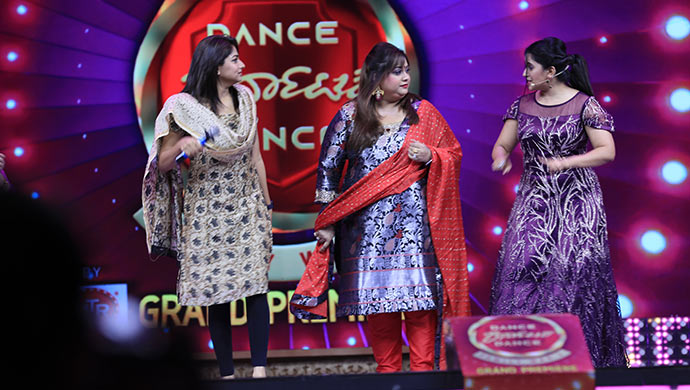 Karnataka’s blockbuster dance show, Dance Karnataka Dance – Family War has been renewed for a second season and the competition is going to be bigger and better. Firstly, because hostess Anushree will be there to connect us to the stars, judges and much more. Secondly, like last season this time, the judge-trio has returned in all-new avatars. And finally, because there will guests like Rachita Ram who will keep appearing time and again on the show to entertain us as fans. The show is basically about the lead characters from various shows on Zee Kannada, who will participate in a dance battle. That one of the reasons why the season is named ‘Family War’.

Also, this season will see new talent from primetime and reality shows like Kamali, Gattimela, Jodi Hakki, Bramhagantu, Paaru, Mahadevi, Ughe Ughe Mahadeshwara, SRGMP Season 15, Comedy Khiladigalu Season 2 and Drama Juniors Season 3. Take a look at what the whole show will be about in this promo here…

We have a tentative list of the participants and various Kutumbas on Zee Kannada that they belong too. Let’s take a look at the second promo before we announce the list.

As you would have noticed, each performance was a duet performance so as promised here are the participating duos that you will most likely see on the show.

2. Prashanth and Nethra from Aathma Bandhana

3. Hiranmayi and Soorya from Mahadevi

5. Vicky and Adithi from Gattimela

6. Subbu and Pranathi from Bramhagantu

9. Hanumantha and Shiny from Sa Re Ga Ma Pa Season 15

Vote for your favourite Jodi from this weekend, i.e, 20th July 2019, at 9:30 pm. Let us know which is your favourite pair for now, in the space given below.

Do You Know What A Son Can Do To See A Smile On His Mother's Face? Watch Thayige Thakka Maga, Streaming On The ZEE5 Platform To Know

Gattimela 18 July 2019 Preview: Amulya Reveals That Vedanth Has A Slight Crush On Her