A Big Thanks To ZEE5 Research Team: Ramesh Aravind On The Making Of Weekend With Ramesh

In this EXCLUSIVE interview with us, actor-director-host Ramesh Aravind spoke about what excited him the most while hosting Weekend With Ramesh. 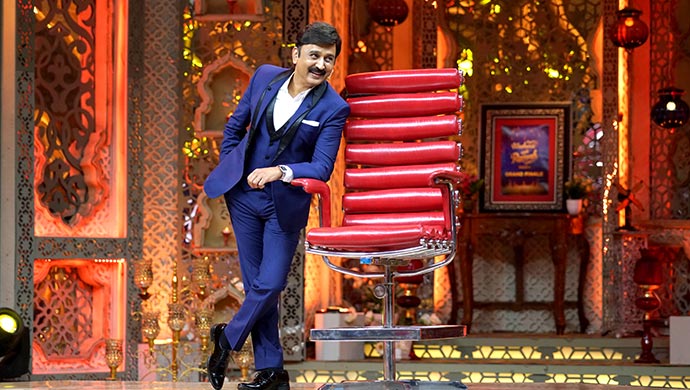 The blockbuster chat show of Karnataka, Weekend With Ramesh Season 4, sadly ended a week ago. But hey! The host and veteran actor Ramesh Aravind himself was ecstatic about how well the show went, so it is time for you to cheer up on that note. Plus, the latest season had big names like Padma Vibhushan Narayana Murthy, Prakash Belawadi, Sumalatha Ambareesh, TS Nagabhara, Ex-ACP Ashok Kumar, Ex-Dg & IGP Shankar Biradar to name a few, so entertainment for all was at an all-time high, and you must agree. So while it is still unclear whether the show will be renewed for a fifth season, with your love and support anything is possible, right?

After all, as said by the Power Star ‘Abhimanigalu Nammane Devaru‘ (Fans are our God)! Keeping that in mind, today we bring something special for all you Ramesh Aravind fans which I sure you will love. To keep you entertained by this lovely host, we recently had to chance to conduct an EXCLUSIVE interview with Mr Aravind and here are some of the excerpts just for you…

Q. How do you feel after four seasons of Weekend With Ramesh?
A. I am actually very happy and content. In the last scene I had said that when someone asks me if am sad about the show ending, I look at it from a different perspective and tell them that I am ecstatic. Only because I felt humbled in a way, as the show has built up to that level.

Q. What about the show excited you the most?
A. The show has given me two to three reasons to be excited. One, we set out only to ensure that common people can relate to the life-stories of the esteemed guests. Because these guests at one point of time were common people too before earning a name for themselves. Also, it was important to show the individualities of these guests, who achieved success through their unique methods. And I have just narrated all of these incidents from their life in the form of a story that’s all. You can make out very clearly from these stories and a lot of youngsters have even come and told me personally that they have learnt so much about their (guests’) lives. And that’s exactly the approach I had in mind.

Second, I had the opportunity to meet and connect with so many celebrities and real-life achievers. In the process, I ended up learning a lot through them too. So I would like to give a big thanks first to ZEE, the creative team and Raghavendra (Hunsur), Anil’s method of direction and the ZEE5 research team. A big thanks to all of them and thanks to all fans, who kept showing their constant love and support. That is what made me immensely happy. Their mentality of thinking that the show is everybody’s is what Weekend With Ramesh is all about.

Q. Which season has been closest to your heart and why?
A. I have no personal bias for any season as such. That way I am extremely clear because when I go to the sets and stand in the centre as an anchor and there is someone sitting on the red seat, be it anyone a legend or a new-comer, I have no discrimination towards anyone. Whether it is a man or a woman too, it doesn’t matter to me. According to me, this is my job. So in that context, every story that I come across, there is always something or the other special about that guest. If you are open to that idea, then everything becomes equally special to you, each season included. Especially the way the finale went, I was very happy with the result. Calling youngsters and giving them an opportunity to narrate their story to the audiences was great. So I think overall, I really enjoyed the Grand Finale episode of the fourth season if I had to choose.

Isn’t he such a gentleman? Don’t go anywhere because the second part of Ramesh Aravind’s interview will be out really soon. So stay tuned.

Do you have any questions to ask the wonderful host of Weekend With Ramesh? Keep your queries flowing in the comments space provided below with #WeekendWithRamesh

Watch Ramesh Aravind in the one-of-a-kind film Pushpaka Vimana, streaming in HD only on your ZEE5.

(With inputs from Parinika Uchil and Sanjay BR)

All Deepika Das And Dheekshith Shetty Fans Can Watch The Latest Episodes Of Naagini, Streaming Here On The ZEE5 Platform

Reasons Why Gautham Of Gattimela Is A Complete Psychopath Yet Charming!