On 7th September, a young star was born and would later go on to be known as Lucky or Lakshman on Zee Kannada's Bramhagantu! Happy Birthday, Bharath! 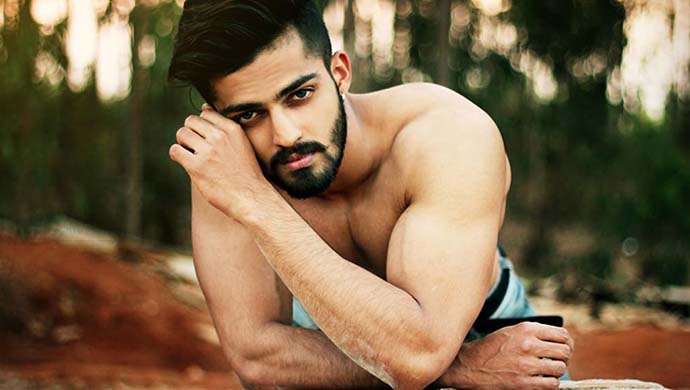 Birthday boy Bharath Bopanna has gained immense popularity for his role as Lucky in the superhit family drama Bramhagantu (on Zee Kannada). The youngster, who  started out as a model, ended up landing not one but two back-to-back roles on two prominent channels (the latter of which is his current show Bramhagantu). Born on 7th September in the town of Coorg in Karnataka, Bharath Bopanna is a very positive person and has a staunch love for anything that screams nature (flora, fauna).

On the show, he plays a professional Kabbadi player, who is married to an oversized woman named Geetha, under peculiar circumstances. Since the show has come a long way so have Lucky and Geetha’s strained relationship. In real life, however, you can breathe a sigh of relief if you are a female fan because this cutie is 100% single, the last time we checked.

Moreover, this good-looking lad is a fitness freak. From the time he entered the industry, he has been really passionate about fitness, the performing arts, his pets and much more. On his birthday today, we have a few clips from his insta page that showcase his many interests and might make you fall in love with him, once again!

1. He is a natural when it comes to chilling with his furry buds!

2. Trying to catch birds or befriend them? #birdlover

3. In the performing arts, he gets an A+ for his dancing skills. Yay or Nay?

4. Fitness is all good all long as it is in the form of swimming…

5. Or hitting a humongous tyre with a sledgehammer

6. Or even practising boxing on-sets during the shoot

7. Speaking of pets, Bharath loves training them too. Here’s proof

On the show, Lucky is still trying to get Geetha to accept the fact that one or the other day they will have to consummate their marriage, but in real life the young lad is concerned about more serious issues. He has been making many efforts to try and make as many people aware about the flood-hit areas in Karnataka.  Now, here is one socially-conscious actor!

Say happy birthday to Bharath Bopanna in the space given below.

For more entertainment on ZEE5, all you have to do is click here!

To Gain A Lesson On Love, Humanity And Family, Click Here To Watch The ZEE5 Original Series Kaafir, Now Streaming On Your ZEE5 In Kannada