Rajendra Singh Babu to Shankar Bidari, seven most emotional moments that made the guests teary-eyed. Watch them talk to the host Ramesh Aravind. 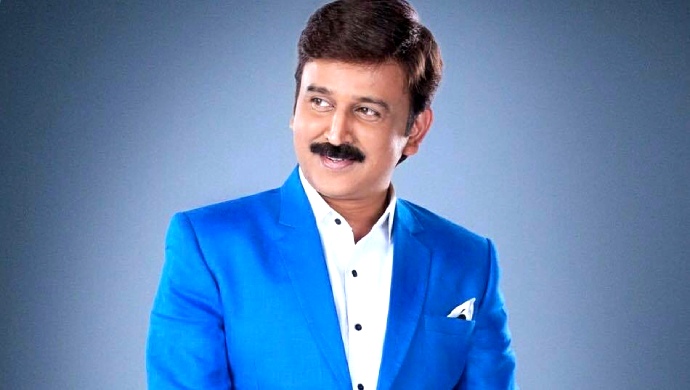 It was finale of Weekend With Ramesh Season 4 last weekend with Chandrashekhar Kambara and Rajendra Singh Babu, and we couldn’t be sadder. But as they say, all brilliant things must come to an end, so along with the show Jodi Hakki which ended last Friday, the blockbuster chat show Weekend With Ramesh too said bye to all fans. Probably because shows like Comedy Khiladigalu Season 3 or DKD – Family War 2 is on its way. But don’t worry as soon as we know, you’ll know which show is up next.

Today, as an ode to the superhit reality chat show of Karnataka and its host Ramesh Aravind, we will look at seven most emotional moments on the 4th season of the show, which will make you teary-eyed. Is the tissue box ready? Let’s begin…

2. Shankar Bidari gets emotional when his sisters call him a father figure, who has single-handedly taken care of each of his siblings and given them a good life

3. Sharan gets happy-emotional talking about a lady he considers his ‘mummy’

4. TS Nagabharana Sir speaks fondly and emotionally about his mother, who passed away recently

6. The Roaring Star Sriimurali got emotional about when life brought him to a standstill

While we are most definitely going to miss the show, let’s hope that next time there are even more loved celebrities and real-life achievers on the show.

Time to let us know which of these clips made you emotional, in the comments box given below. Until next season!

If You Like Horror Shows, Watch Zee Kannada's Aatma Bandhana, A Story About A Dead Son's Revenge Against His Mother, Streaming Now On The ZEE5 Platform