Birthday Special: 7 Films Of Ramesh Aravind That Are An Absolute Must-Watch

Say Happy Birthday to the Weekend With Ramesh host as he turns 55 today! 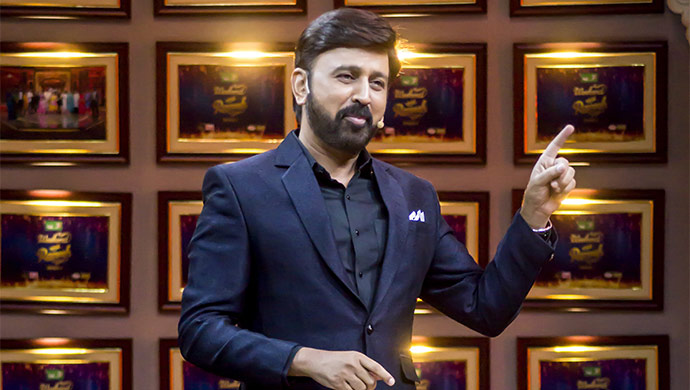 He’s a multi-faceted personality, who has won several awards. Over the years, namma Ramesh Aravind has entertained us on different platforms. The handsome star, who was born in Kumbakonam, Tamil Nadu, on 10th September 1964, turns 55 today! For those of you who don’t know, the super-successful celebrity began his career over three decades ago and has made a name for himself thanks to talent.

Not only this Ramesh Aravind, who is the host of ‘Weekend With Ramesh‘, the chat show series, always encourages his fans to think positive and mentally fight anything that comes in the way of that. During the latest season of Weekend With Ramesh, Mr Aravind also started a small web series on our official Facebook page and named it ‘Monday Motivation With Ramesh‘. I don’t know about you but I have learnt many lessons from this great man.

Today, on his birthday, here are a collection of seven movies of the superstar that are available on ZEE5 that you can binge-watch.

Starring as the lead of this film along with another legend, Ananth Nag, Ramesh Aravind picked this story because of the quirky concept. The movie is about a dysfunctional family that faces a financial crisis. The granddaughter of the family enters a dance competition hoping that she will win and clear the dues. To watch this unique film, click here.

Step back in time if you want to see Ramesh Aravind in a negative role. Amruthavarshini is a twisted love story between a man, a woman he loves and her husband. It’s needless to say that the WWR host is the villain here. Will Abhishek (Ramesh Aravind) go to extreme lengths to separate the woman he loves from her husband? If you want to know the answer to that question, click here.

This is another yesteryear film of the birthday star but with a different twist. The film revolves around three school friends, two of whom eventually get married in life. This time, Ramesh plays the husband in the marital relationship. However, when the third friend returns to their life, find out how things change her by watching this movie on ZEE5.

In the 90s, Ramesh Aravind definitely wanted to work on the love-triangle aspect more, because here comes a third one. In this film, he plays a filmmaker who comes to shoot a movie in his friend’s village and ends up falling for his friend’s love interest unwittingly. When he gets to know this, he is completely shattered. To watch this interesting film, click here.

A brilliant concept by Ramesh Aravind, Pushpaka Vimana is a story about a mentally-challenged man and his daughter. Due to some misunderstandings, he is put in jail with the tag of a ‘rapist’. However, his innocence drives his inmates to smuggle the reason for his existence, his daughter, into jail. Watch how their story ends by clicking here.

A perfect family drama if you are looking to spend a few hours with your family today. A Aa E EE is a romantic-drama film between a teacher, who wants to help underprivileged children in a village, and her husband, who doesn’t wish to stay in the village for some reason. Will their marriage break off or can they save it? To find out, click here.

Here’s a new twist to a marriage. Hendtheer Darbar is a film that revolves around a married couple. The husband tries his best to fullill the wife’s demand for money. However, when he loses his job he must form unlikely alliances to continue to appease his wife. Watch this unique film by clicking here.

Don’t forget to wish Mr Aravind on his birthday today, in the comments box provided below.

To check out your favourite primetime shows of Zee Kannada, click here on your ZEE5.

For A Good Dose Of Singing, Tune Into All The Episodes Of The 16 Season Of Sa Re Ga Ma Pa Li'l Champs, Streaming Here On Your ZEE5