Let's take a sneak peek into the life of the 'Emperor of Sandalwood', TR Narasimharaju, the exceptional comedian that Sandalwood ever produced! 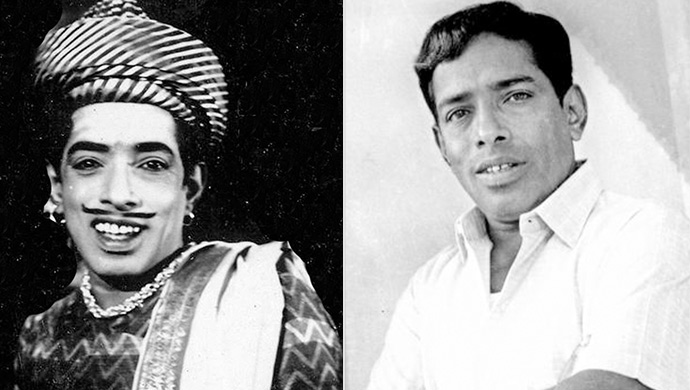 Born on 24 July 1923, in Tiptur (then Kingdom of Mysore, British India), say happy birthday to Tiptur Ramaraju Narasimharaju also known as the Hasya Chakravarthy (Emperor of Comedy). Famous for his roles that demanded the perfect timing in comedy, the legend Narasimharaju would have turned 96 today. In a recent interview with his daughter, Sudha Narasimharaju, who plays the role of Parimala in Gattimela, we heard her side of the story to what little she remembers about her father.

Today, on his birthday, we are here to pay tribute by giving you an insight into seven wonderful facts about him that will make you feel #proud of him and everything he has done for the state’s Cinema. Let’s get straight to it.

1. Narasimharaju was destined to take the path of cinema

At a meagre age of 4, Narasimharaju was introduced to a theatre called Chandramouleshwara Drama Company by his uncle, as his family was completely poverty-driven at the time. 23 years later, at the age of 27, Narasimharaju went onto to forming his own theatre group and played various characters in many plays since then.

From Narasimharaju’s debut film, Bedara Kannappa in 1954, till his last, he was revered among big names like Dr Rajkumar in the industry. His main role was to make people laugh so the emperor of comedy took inspiration from another legend, the late Charlie Chaplin.

3. In a short span of time, the Hasya Chakravarthy was born

After two and a half decades of shooting almost ten movies a year, Narasimharaju was awarded the prestigious title of Hasya Chakravarthy by entire Sandalwood. In his career span, he made over 250 movies that are treasured by many in our Cinema bank even now.

4. Annavare Dr Rajkumar and TR Narasimharaju were colleagues since before Sandalwood

Yes! Apparently, the two icons met at a theatre group called Gubbi Veeranna’s Drama Company and were colleagues since then. And guess what? Bedara Kannappa was Dr Rajkumar’s debut in Sandalwood too!

According to reports, during the 60s the public was so crazy about the Hasya Chakravarthy that they would boycott films that did not star him. It is also said that Narasimharaju acted in almost every film made during that time. Furthermore, since he was the busiest actor then, stars like Dr Rajkumar would have to get adjusted to his timings and schedules.

6. Securing a future for loved ones

Even though he was so busy, he would always make time to spend with his kids on weekends or whenever time permitted. Some sources also say that he was the first Kannada actor to have invested in an apartment in Madras. Shortly afterwards, the actor/comedian started investing everything that he made from films into real estate for his family’s secure future.

The comedian and his wife Sharadamma had three children namely, Narahari Raju, Sudha Narasimharaju and Dharmavathi Narasimharaju. According to various sources, the real reason for the passing of the veteran was his son’s untimely death in a brutal accident. Unable to bear the loss, he left all fans in tears in the early hours of 11th July 1979 because of myocardial infarction (a type of heart attack).

Let’s all take a minute to pay our respects to this great jewel that will be timeless in the film-treasury of Sandalwood.

Send in your favourite memories of the star, in the comments section below.

Watch Narasimharaju’s Chandrahasa, to watch more of his impeccable comedy timing, streaming on your ZEE5.

What Is The Significance Of The Kashi Yaathre In A Kannadathi Wedding? Find Out Here