Say happy birthday to Prathama Prasad aka Janaki of Zee Kannada's Bramhagantu. To celebrate this day, here are some adorable pictures of the actress! 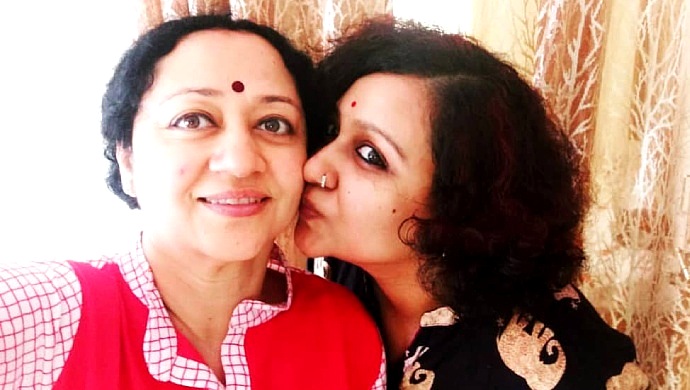 Prathama Prasad Rao, daughter of the evergreen actress Vinaya Prasad, aka Arasane Koteya Akhilandeshwari from the hit show Paaru, has always had support from her mother in whatever she did. With such an idol to have in life, Prathama has gracefully walked in her mother’s footsteps and we are sure of that. Every child looks up to their mother to shape and support their growing up years, and like a best friend, Vinaya has done absolutely that for her lovely daughter. I don’t know about you but to me their striking resemblance is uncanny and many times I forget that they are a pair of mother-daughter. Despite their busy schedules they always remove time for each other. When Vinaya Prasad was invited as a guest on Weekend With Ramesh Season 4, Prathama was right there to support her guardian angel and even told us about her mother’s support throughout her life.

On her birthday today, i.e, 7th August, we have found some gem of photos for you to see from Prathama’s Insta handle. These are nothing but comparisons of how she has literally walked in her mother’s footsteps. Let’s get right into the pictures then, shall we?

My mommy my everything…. (Missing scenes when Mommy away working for too long😊)

A post shared by PrathamaPrasadofficial (@prathamaprasad) on Mar 27, 2018 at 1:27am PDT

2. Nothing has changed, it’s just a before and after pic, that’s all

Happy birthday to you gorgeous MOMMY I LOVE

3. Like seriously, who else is thinking that these two are the same people? I am.

4. A fab collage or more like a ‘timeline’ story for all fans to cherish!

A post shared by PrathamaPrasadofficial (@prathamaprasad) on May 6, 2019 at 1:36am PDT

A post shared by PrathamaPrasadofficial (@prathamaprasad) on Jul 1, 2019 at 9:25pm PDT

Best lessons for life learnt from Mommy.. Be Self Made.. Be confident.. Be Humble.. Be truthful to yourself Believe in yourself Never give up Spread Positivity

A post shared by PrathamaPrasadofficial (@prathamaprasad) on Jul 4, 2019 at 11:22pm PDT

Here’s your chance to wish the ravishing Prathama Prasad Rao on her birthday today, in the space given below.

Watch Vinaya Prasad’s yester-year film Shankara Punyakoti, if you are a fan of the actress, here on ZEE5.

If You Are Looking For A Beautifully Blended Family-Drama With High-Octane Action Scenes, Thayige Thakka Maga Is Your Way Forward. Click Here To Watch The Film On ZEE5 Now