She is loving, caring, compassionate and supportive. Sharada Devi is the guiding force that everyone needs 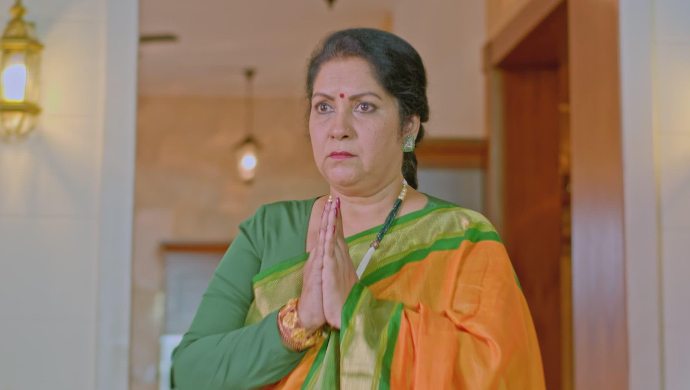 They say there’s a woman behind every man’s success. In the case of Aryavardhan and Harsha from Jothe Jotheyali, the saying is definitely true as their mother, Sharada Devi, has played an instrumental role in their lives. She’s the perfect mother and there’s no argument to that.

Having brought up her sons single-handedly, she is a role model for both the boys. She has proved that hard work and determination along with self-belief is the key to success. Arya has created an empire for himself and won the hearts of many because of his genuine intention and honesty with which he has carried out his business. This shows how well he has been brought up.

Sharada is a supportive and loving mother. While Harsha has settled down with Mansi, Arya is still unmarried at the age of 45. However, she constantly encourages him to find himself a partner. She is supportive of the fact that age has no role to play when it comes to love and everyone needs a companion in their life.

She Corrects Her Children

While Harsha has made many mistakes with regard to his career, Sharada has very patiently corrected him for them.  She tries to make him understand that even if he doesn’t have a sense of business, which is perfectly fine, he can learn from Arya and then pursue his own venture.

While Arya has only devoted himself to his company at the cost of even giving his own mother time, she has always forgiven him for the same. She is empathetic and aware of the fact that her children are allowed to make mistakes. Even when Mansi accuses her of loving Arya more than Harsha, she forgives her for being so harsh and making assumptions.