Suhasini thinks she wants the best for her children, but in reality she is selfish, manipulative and imposes her decisions on them. Read more inside 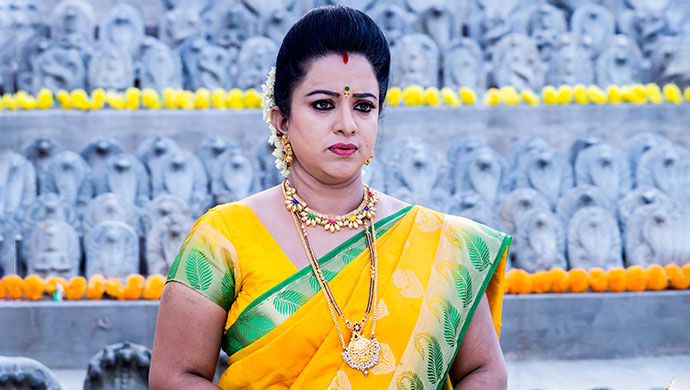 Suhasini from Gattimela who is also the mother of Vedanth, Vikranth and Adya is everything that a mother shouldn’t be and here’s why!

Even though Suhasini is the mother of three, she is the most unapproachable of all members of the family. Even though she thinks Vedanth will always listen to her and never hide anything from her, he is unable to express his feelings with regard to Amulya. This is also because he knows Suhasini will not approve of Amulya.

Suhasini forces her children to do the things they do not wish to do. Even though they are old enough to make their own decisions, she compels Vedanth to marry someone of their social standards. Later, she also forces him to spend time with her even though he doesn’t want.

Suhasini is absolutely selfish at the cost of her own children. As a mother, she is not worried about what makes her children happy. She focuses on the fact that the women both her sons want to marry are not as financially equipped as they are. She is also embarrassed that Aarthi’s father is an auto driver and belongs to a middle-class family. She completely forgets that her sons are in love and social standards and money don’t matter.

When Ajji tells Suhasini to make peace with the fact that Aarthi and Vikranth are going to get married, she is adamant about testing Aarthi. However, when Vedanth introduces Sahithya, she immediately welcomes her into the family.

Not A Well-Wisher For Her Children

Suhasini doesn’t want the best for her children. She only wants both her sons to marry someone that she can introduce to her friends and relatives in order to show-off to them. She does not express any concern for the fact that her children might not be happy with the kind of women that she chooses for them.

Birthday Special: 7 Moments Of Aishwarya Aka Maya From Yaare Nee Mohini You Must See!