Their love for him is always displayed through gigantic gestures, which is probably bigger than you and me too. But it is adorable nevertheless. 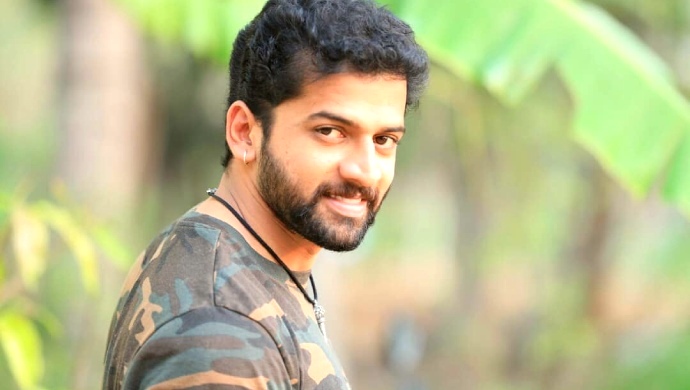 Extensively known for his role as Rama in Jodi Hakki, Namma Thandav Ram is no more than a God for his entire fan base. So much so, that he has even been worshipped by many. This talented actor, who has a jaw-dropping physique, is a heart-throb in Karnataka.

Watch the lovebirds Appana and Parvathi, getting emotional in this episode:

While every actor’s life is generally an open book, fans often select a celeb who belongs to the niche they follow. But what happens when you actually come face-to-face with your idol someday? Euphoria takes over and your happiness knows no bounds! In the case of this Jodi Hakki actor, he shares the enthusiasm of his fans whenever they find him. A modest man that he is, he gracefully accepts all the love showered on him. His moments of joy are then acknowledged by huge garlands made of fresh flowers.

With Thandav though, it is a common sight. Let’s take a look.

Thank u so much guys u made my day very special.

On his birthday, this giant garland was put across this actor in an effort to make him feel special and feel special he did.

Another glimpse of the love being showered upon this actor by his fans. Look at the happiness on the faces of both the parties.

This auto guy’s dream came true when Rama himself posed for a photo with him. Also, his love for the show and actor can clearly be seen on the back of the autorickshaw.

The whole Thandav Ram fan club gathered to capture this moment. This size of the garland still can’t fit all their admiration for him.

With his group of machas, this Jodi Hakki actor is letting loose his pearlies and commemorating the moment with this hazy click.

Are you crazy about Thandav Ram as well? Which other Zee Kannada actor do you completely adore? Leave in your comments and thoughts in the section below.

To drift into a world of romance, stream these romantic moments of our stars on ZEE5 now.

Gattimela 9 May 2019 Preview: Will Aarthi Go Through With Her Secret Wedding?