Time to bring out your tissue boxes because Kainaaz Akhtar's life from the ZEE5 Original Series was one with a lot of unhappiness and misery! 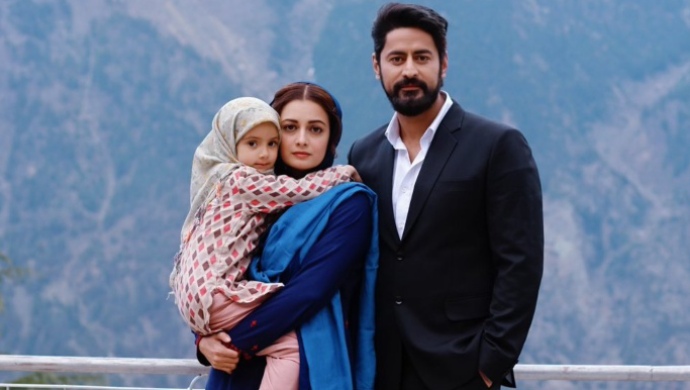 The ZEE5 Original Series Kaafir is a beautiful display of skill, story and execution, all put together as a whole on-screen. Starring in the lead roles are Dia Mirza and Mohit Raina, the show is an impactful approach to subtly displaying the conflicts that have been between India-Pakistan and repercussions of it towards lower-class societies. Kainaaz Akhtar, a beautiful Pakistani woman who stays near the border, accidentally strays into a foreign land and is caught by Indian officials. Unfortunately for Kainaaz, neither did have any family to support her nor was she financially well-off. In fact, her disturbing past is what drove her to stray away from home.

The India govt deemed her as a militant, only because she had the tag of a Pakistani citizen on her. It was then that amongst all the hope she had lost, an ex-advocate, Vedanth Rathod came into her life. From then on, whatever seemed bleak before (freedom, a life, happiness) all started to become clear again for Kainaaz. Today, we will look at some unavoidable situations that Kainaaz had to forcefully go through. Bring out your tissue boxes before, this isn’t for the faint-hearted. Let’s begin…

1. Her husband took advantage of her innocence to commit adultery and rape.

Yes! Sensitive issues such as this should be brought to light especially because of how sensitive the issue is. With terrible past, could life get any worse for her?

2. She was pregnant when she was jailed on false accusations

Carrying baby Sheher in her stomach while being jailed, just put yourself in her shoes and imagine your state. An unknown country, a terrible husband, being pregnant and being jailed, it is unbearable, isn’t it?

It was only after Vedanth Rathod met her daughter Sheher one day by accident, was there any scope for Kainaaz. Just imagine, had there been no lawyer to fight her case or even get interested in it, what would have been the story of Kainaaz and her daughter?

4. Despite being timid, Kainaaz fought with life only for her beautiful daughter Sheher Akhtar

Ideally, when you think about it, being jailed would have probably been the last straw for Kainaaz to end her life (as it is her married life was literally in tatters). That’s when her pregnancy came to light and she wished to live again. In a way, in all the rot that Kainaaz was in, Sheher came to her as a blessing, isn’t it?

5. After approximately 7-8 years of rotting in an Indian prison, Kainaaz and Sheher were finally free

Even though had no expectation from anyone, for many years Vedanth fought by her side to bring her justice. And don’t worry, this story technically has a positive ending too, but to know about it in detail, I suggest you start watching the show right away.

Have you watched the ZEE5 original show already? Let us know how it was in the comments space given below.

Watch the hit show Gattimela, streaming here on your ZEE5.

The Rocking Star Yash Is One Of The Most Handsome Stars In Sandalwood And You Know. If You Are A Fan, Click Here To Watch His Film Rajadhani On ZEE5