5 Reasons Why You Should Watch Raambo 2 If You Haven’t Already!

Sharan has taken this film up a notch with its killer songs, scenic backdrops and a good story. Add a beauty like Ashika Ranganath and voila! 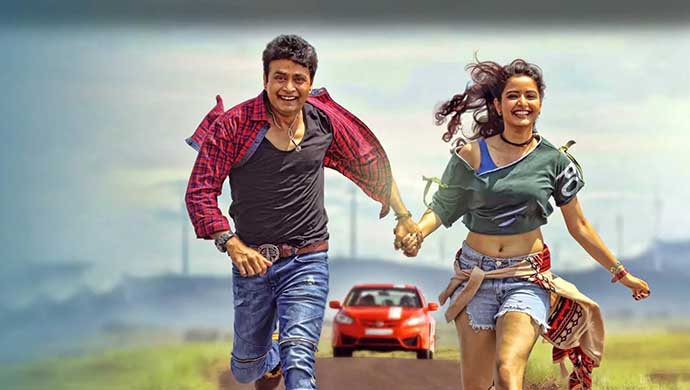 Raambo 2 is one of the best thriller-comedies of 2018, directed by Anil Kumar. Starring Sharan Hruday as Krishna and Ashika Ranganath as Mayuri, this film is based on a road trip that these two take. On their way, they get acquainted with Chikkanna, who plays the role of DJ in the film.

Ready to take a road-trip with Ashika and Sharan, watch the movie here now:

But there is a twist in this story which you need to keep your eye out for. While many films don’t really make it to the top, Raambo 2 has nothing to be afraid of.

1. Life is all about variety

Krishna’s motto in life is that everything is about variety. Be it food, the place or even love, he believes that if you are bored, you need to simply move on. His father too preaches the same in an effort to please God, who blessed him with a son after so many years of penance.

Raambo 2 is a treat to watch because at no point in the movie, does the humour go overboard. It is just the right amount of comedy any movie should have. Right from the beginning, you will stay feeling humorous. Ready to ROFL?

Most of the film has been shot on the roadways with mesmerising scenic backdrops. For fans, it is nothing short of an inspiration to take a road trip with your machas right away. While the crew of the film had to conduct location-scouting throughout India, the movie captures the essence of such backdrops splendidly.

4. Chikkanna’s comedy has no competition

Known for his onscreen role as DJ in the film, it is safe to say that Chikkanna knows what he is doing. Personally, I just couldn’t hold onto my laughter because his character is such that it will make you laugh. Plus, he has sung his own entry in the film (check out the track Belbelege Dhoomapana).

Unlike movies with female leads being shy and timid, Ashika’s character Mayuri is the perfect blend of an Indian girl with traditional and modern values, both intact. Her beliefs and ideologies might totally be relatable to you. Her beauty acts as the icing on the cake.

The movie is a perfect balance of comedy, mystery and sudden twists that will not only keep you laughing the whole time but also keep you at the edge of your seat.

Have you watched the movie? What aspects of the movie did you like? Share your views in the section below with #Raambo2

If you are a fan of Ashika Ranganath, you will love her role in the film Mugulu Nage. Watch it on ZEE5 now.

Are You A Deepika Padukone Fan? Watch Her Rom-Com Tamasha This Weekend Without Fail