Directed by Prem, this film has special characters that will truly strike a chord with you. Read on to know more 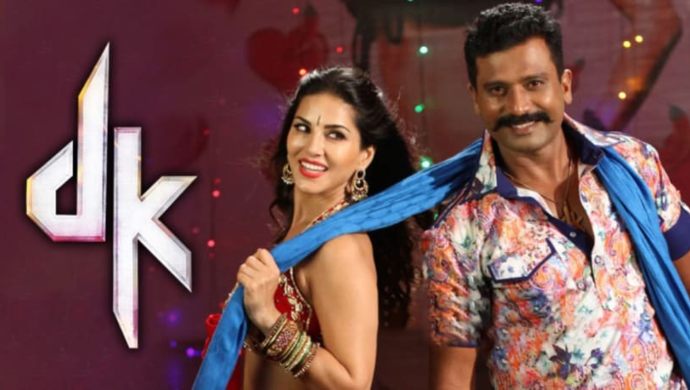 DK is a comedy-action film starring Prem, Chaitra Chandranath, and Sunny Leone. The story revolves around a man called DK, who is a street-smart individual and has never lost a bet. However, when Subbulakshmi- a politician’s daughter-enters his life, he finds someone to match his quick-wittedness with. The time when the two cross paths is what makes this movie as interesting as it is.

Here’s why the performances in the movie by your favourite actors make it a must-watch!

Prem And Chaitra Do Justice To Their Characters Rame And Subbulakshmi

Prem and Chaitra who are the leading stars of the film have done a commendable job in executing the characters of Rame and Subbulakshmi. As for Chaitra, she is able to emote the dialogues in such a great manner that one would almost forget she is acting. On the other hand, Prem’s complexities and the background from which he comes really strikes a chord with the audience.

The Characters Are Multi-Layered And Relatable

Director and actor Prem has added multiple layers to his characters. Not only are they complex, but their complexities have been used as a source to make them relatable to the audience. The crispness in his screenplay has also come to life on screen as his characters have been designed precisely to match reality.

The Tension Between Rame And Subbulakshmi Is Gripping

Prem has managed to bring about the highlight of the film, which is a clash between Rame Gowda and Subbulakshmi, in such an accurate form that we are able to sense the tension between the two to an extent you would never imagine.

The Characters Have Several Qualities To Admire

Through the characters, we see the qualities of determination and persistence. Subbulakshmi, as well as Rame, are extremely focused on their goal. They want to achieve something in life and do everything to make their dreams come true. A subtle hint of how not to take a shortcut and instead work hard really adds a spark to their character.

The Love Story Between Rame and Subbulakshmi Is Unique

There is a sort of tension and attraction between Rame and Subbulakshmi the minute they meet. However, the struggles they face from trying to be with each other while also attempting to achieve their own goals is what really makes their love story relatable. As the story between the two proceeds, we become more and more empathetic towards the struggle of the characters.

Mr And Mrs Rangegowda Will Teach You The Importance Of Education Throughout The Show!

After Reading This, All Parents Would Love To Watch ZEE5's Chacha Bhatija With Their Kids