Her acting in the show is the highlight of the entire ZEE5 Original Series Husi Nagu. Watch it to treat yourself to some quality entertainment. 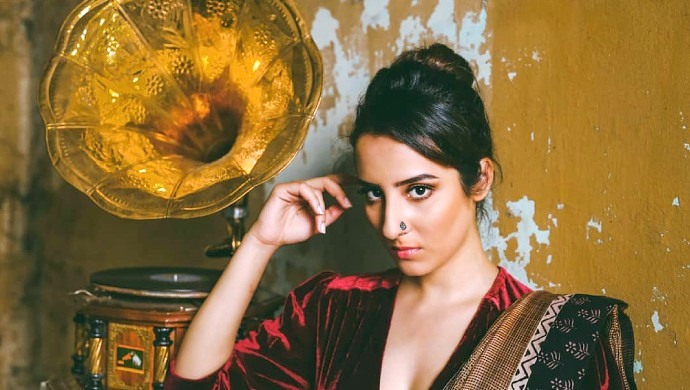 The ZEE5 Original Series Husi Nagu is a fantastic web-series if you have the thriller bug. Starring Amrutha Srinivasan in the lead, the show looks at how twisted everyone’s life is. A different perspective to a normal family, Husi Nagu was conceptualised by prominent filmmaker Karthik Subbaraj under his own banner. It looks at the story of Mahati, a 24-yr old woman, who is forced to get married to a man named Ram by her father as part of a deal. According to it, Mahati is to complete 6 months in marriage after which her father will send her to study law abroad. Through a domino-effect of misadventures, the web-series slowly starts unfolding the life of Mahati, starting with the murder of her husband she accidentally commits.

Speaking of the lead, Amrutha, has done more than a fab job portraying many personalities, the dominant one being anger. Although look-wise the actress may seem pious and calm, but her character in the show and her acting skills saw anything but that. Now, I am sure you must want to know a little more about the actress, so let’s get straight to it.

1. She is a sucker for puppers and isn’t afraid to show it

There are three more like this bundle of joy, at @tammilionaire 's place. Please adopt, don't shop 🙂 Contact him NOW!

2. Ice cream with Appa-Amma is her kind of birthday, oh and did I mention solving puzzles?

For ze peepulz asking me how burthuday Eve is going. Amma Appa and I are in Cream Centre and I'm solving the puzzles as usual and failing at it.

#section377🚫 #finally #yasss Experiencing/understanding the various shades of love should make us nothing but happy, no? 🙂

5. Sweet-tooth is an understatement

Which fact about this actress surprised you the most? Type in your comments and send it in the space below.

Karenjit Kaur: The Untold Story Of Sunny Leone is another ZEE5 Original Series you can watch in Kannada. All you have to do is click on the link!

A Struggle Of Kaadu Boy Being Forced To Move To The City Is What You Will See In The Film Huliraya. Click Here To Watch It