Here are 5 negative characters who make your serials more interesting. 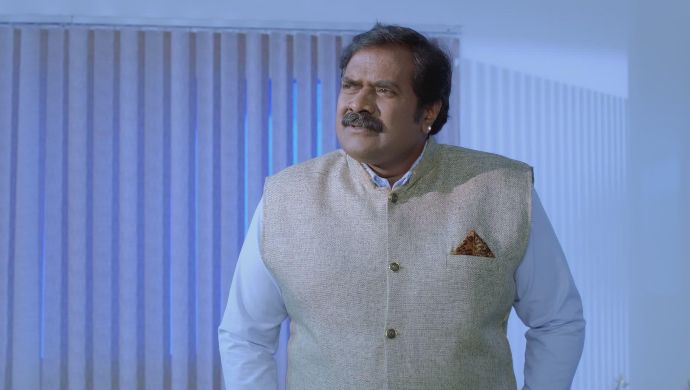 One thing that you might have noticed is that while a particular serial might revolve around a certain story, it is not only the hero and heroine that take the story forward but also the supporting characters that help to do the same. Be it someone’s sister, brother friend etc., negative roles are crucial to any narrative and these 5 characters have played the antagonist exceedingly well.

Suhasini, who plays the role of Vikranth and Vedanth’s mother in Gattimela, stands as an obstruction in both her sons’ lives. She wants both of them to marry the kind of girl that she would like to introduce to the society and requires for them to be of a certain class and status. The hurdles that she creates between Vedanth and Amulya also leads them to get closer to each other while fighting obstacles, and hence identify their feelings for each other.

Keshav Jhende, who is Arya’s oldest friend and business advisor in Jothe Jotheyali, disapproves of Arya’s feelings for Anu. He also represents society’s objection towards Anu and Arya being together. He makes the story more interesting where we keep wondering about how the two would overcome these obstacles that they come across.

Sarika, who is interested in Vikranth even though he is in love with Aarthi, is a key character that brings out the latter’s traits, too. She tries to marry Vikranth without his knowledge, which brings out the anger in our very timid Aarthi. Our perception of her completely changes when we see her fight for her love. Her repelling nature is proof enough that she has completely justified her character as Sarika.

Anika from Kamali, who plays the half-sister of Kamali, is filled with envy and anger for her. Anika tries to ruin Kamali’s professional career which shows us the latter’s determined nature to overcome what is thrown at her without retaliating in an aggressive manner. Anika also falls in love with Rishi who is in love with Kamali. This adds on to the drama of the serial, keeping the viewers at the edge of their seat.

Maya of Yaare Nee Mohini wants to marry Muttu while even Mohini wants Belli to do the same. The two put up a good fight to win his heart. Maya represents evil thereby highlighting the triumph of good over the latter, when Belli fights her for every wrong move that she makes.

Wow Wednesday: 5 Action-Packed Films That Will Help You Get Rid Of Mid-Week Blues