Raambo 2, Crazy Boy and other movies that we loved of the birthday girl Ashika Rangnath. The Lioness turns 22 today. 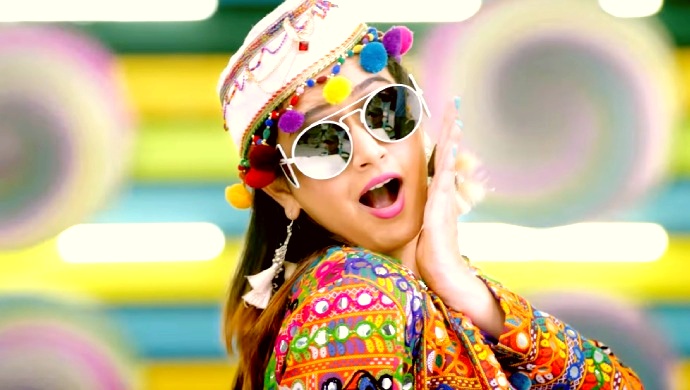 Although she has just started out on her career path in Sandalwood, Ashika Ranganath has worked on cinematic gems if you ask me. Born on 5th August 1996, say Happy Birthday to one of the newest and youngest prominent actresses in Sandalwood, Ashika Rangnath. With no background in films whatsoever, Ashika completed her PUC in Jyoti Nivas College, Bangalore and participated for the first time in a ‘Clean and Clear Fresh Face Bangalore’ contest. This was technically her first break but not last as she ended up as the Miss Fresh Face runner-up. Following this Ashika got her big break for the film Crazy Boy in the year 2016 when director Mahesh Babu spotted her in one of the contests.

The movie not only did fabulously in the box-office but sent the birthday girl straight to the SIIMA nominations for the Best Debutant Actor in a Leading Role (Female) – Kannada. Since then, Ashika has done five movies including Mugulu Nage opposite the Golden Star Ganesh and Thayige Thakka Maga opposite Krishna Ajai Rao. Today, on her special day, we would like to take you through five of her best movies so far and the awesome roles she played in them.

Playing the role of Mayuri in the hit comedy-thriller Raambo 2, opposite the talented Sharan Hruday, Ashika Rangnath’s character Mayuri is a perfect blend of an Indian girl with both traditional and modern values. Watch the film to see if her character is relatable to you here on ZEE5.

While she shared screen space with four other actresses in the Golden Star Film Mugulu Nage, Ashika did a great job portraying the role of a badass college junior. Pulkesh (played by Ganesh) instantly falls for her character as he is mesmerised by her bold nature. Further, the song Ninna Snehadinda starring Ashika and Ganesh will send you into a land of dreams. To watch the film right away click here now.

A little different from Raambo 2 and Mugulu Nage, Thayige Thakka Maga saw the birthday girl in a different light. Portraying the role of a shy and timid woman Saraswathi, Ashika also is a musician in the film, so a good welcome change from her usual bold and badass roles don’t you think? To watch the film, click here.

You will love Ashika in her debut film, Crazy Boy opposite Dilip Prakash, will send you back to your teenage days. The birthday girl plays the role of Nandini in the film, a teenage girl who enters the life of the ‘Crazy Boy’ and changs him forever. A great attempt this film was in terms of a debut for Ashika.

With big names like Kiccha Sudeep, Achyuth Kumar, Suchendra Prasad and Sadhu Kokila, Ashika Rangnath was roped in for this romantic-comedy film that was a blockbuster hit. While her role in the film was a supporting cast as opposed to the lead, her talents have shined brightly in this light-hearted movie. If you ever get a chance to watch the film don’t miss it at any cost.

Time to wish this gorgeous actress on her birthday in the space given below.

Watch your favourite Kannada movies, streaming only on your ZEE5.

If You Are A Die-Hard Gattimela Fan, Don't Miss The Latest Episodes Of The Show, Streaming For Free Here On ZEE5

Independence Day Special: 6 Freedom Fighters From Namma Karunadu Who Made The State Proud