5 Appani Sharath Looks In The ZEE5 Originals Auto Shankar That Will Give You The CREEPS!

The series looks at the rise and fall of the serial killer Gowri Shankar aka Auto Shankar. Wait till you see how Appani has played a criminal's role 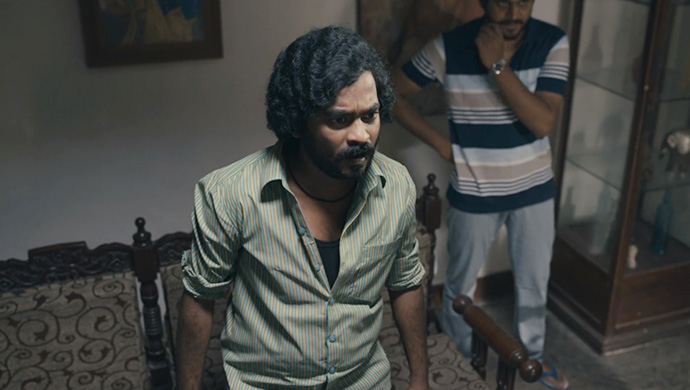 Gowri Shankar was a criminal, who spread terror in the streets of Chennai, then Madras in the late 80s. The Tamil ZEE5 Original Series Auto Shankar is now available to watch in Kannada on the ZEE5 platform. It focuses on the rise and fall of the dreaded murderer who claimed the lives of six innocent people during his reign of terror. The director Ranga has so beautifully brought the whole incident in this crime-thriller series that you don’t have to research about Gowri Shankar anywhere else, watch this series and you’ll get all the itty bitty details you need. Starring in the lead as Gowri Shankar (changed to Auto Shankar in the series) is the talented actor Appani Sarath, who is known for playing antagonist roles in the past too.

While we have already given you a glimpse into the real life of Gowri Shankar as well as an EXCLUSIVE interview about the actor with the Zee Tamil team, today we will look at some super scary avatars of Appani Sarath aka Auto Shankar that will totally send a shiver down your spine.

1. The minute Shankar got a taste of power

Shankar, who started out carrying small errands for an illegal liquor trader wants to do something big and does the unthinkable. He directly gets in touch with influential people and plays a double-game with his current employer. During one such scene, Shankar look in the thundering storm was super scary.

2. Shankar carried out a dreaded task without blinking an eyelid

When the SI comes to Shankar’s home and asks him to capture his ex-employer alive, the latter willing accepts. This face in this still looks determined more than ever right?

3. Once he got habituated to power…there was no turning back

After slowly learning about his opponents, Auto Shankar took them out with ease. The surprising part is, his enemy had no clue that he was coming for them.

After successfully helping the cops get their man, when his ex-employer threatens him, this is the scary look he gives them. Everyone falls silent!

5. Violence was the easiest task

Once Shankar got a taste of wealth, power and very good connections in the system, violence and fear started spreading in the masses. And he would do it because it was a way to keep himself amused.

I don’t know about Gowri Shankar but Appani Sarath aced the role of Auto Shankar in the ZEE5 Originals.

Do you think he did a good job? Let us know your favourite part in the series in the comments box below.

Watch the ZEE5 Originals Rangbaaz, if you like crime-thrillers, by clicking here.

Are You A Fan Of Scary Horror Movies? Check Out Priyanka Upendra’s Mummy: Save Me, Streaming In HD On The ZEE5 Platform

Have Joined NCC Recently Like Namma Kamali And Her Class? These Camping Hacks Will Help