Dheekshith Shetty looks ruggedly handsome when he pretends to be furious! My favourite is look #2. 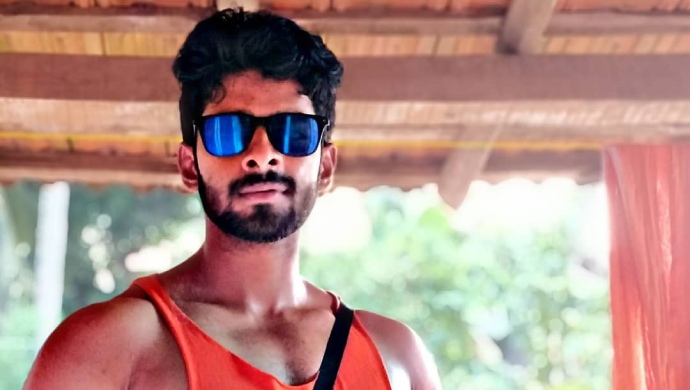 Namma Arjun from the popular show Naagini has impressed us with a unique aspect about him. His angry young man look has gained fame and boy, does he look savage or what? While many people try to put their best smile forward, this actor thinks different. Dheekshith is known to pose with angry looks majority of times when he is being clicked.

Will Shatrughna be successful in his plan? Watch this episode to find out:

As compared to smiles, angry looks are more rugged, and gives a raw appeal to the photo. With this, Naagini actor gaining popularity by the minute, it’s no surprise that his looks have become iconic amongst his fan following. Be it his male or female followers, everyone loves his wild poses when the camera points at him.

While his smiles win hearts, let’s take a look at some clicks where his angry-young-man face shines best.

1. Let the eyes and the muscles do the talking, yeah?

It’s not necessary that he was angry at the time, but this look on his face is quite enticing. Especially because it appeals to both his male and female followers.

2. One deadly look to make you faint

Like Dheekshith you need to be creative and invent your own style. With a clean look, this dashing young man has successfully scared the bejeezus out of me!

Despite being the most common look, it is a classic and works like a piece of cake even now. Try it!

Whenever you are out of ideas, think that someone is being rude to you. Then take a deep breath and give that ‘What did you just say?‘ look.

For beardos, this look will suit best.

Of course, don’t copy all his looks and poses, step-up and invent your own style. Many guys love to pose like this as it increases their rugged appeal. It will not come as a surprise to you, but generally such photos are taken by people who regularly hit the gym. Wrestlers, gym-goers, muscle-builders and anyone who works out will commonly display such a look. Not that we are complaining, at all!

Do deadly looks appeal to you? Share your pics and comments with us in the space below.

Continue watching your favourite episodes of Naagini on ZEE5 here.

English Vinglish Is The Best Family Entertainer Of The Legend Sridevi That You Cannot Miss. Watch It On ZEE5 Now