Without these plot twists none of the Zee Kannada shows would have been interesting so allow us to bring the top plot twists until now! 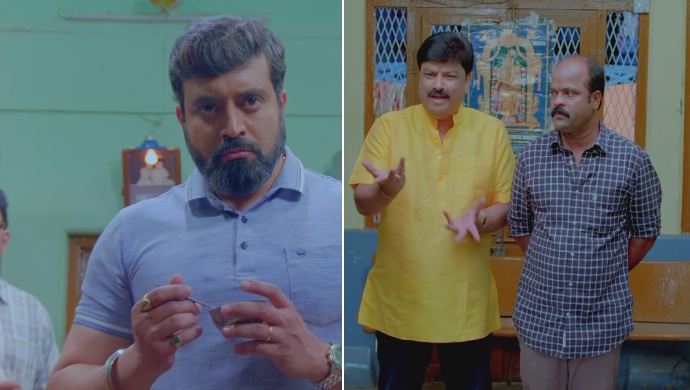 Plot twists are the epic cliffhangers that are available to you in the middle of your digital media content and they are something that are needed to keep fans attracted. Zee Kannada strives to always bring out the best plot twists for its prime time shows and we couldn’t be more proud.

Today too we are giving you some juicy plot twists in your favourite Zee Kannada daily soaps that you will absolutely love.

Recently, Aarya tricked Raghupati (after learning about his true nature), to back out from this wedding of Anu and Sampath himself. While Anu, Subbu and Aarya were relieved it came as a shocker to Raghupati, who decided to get back at Subbu by taking away his shop. That’s when Aarya came up with his trump card and intervened causing Subbu to eventually get the ownership of the saree shop. A brilliant twist in my opinion

After saving Amulya from the grasp of Kishan, who was blackmailing her with an MMS clip of Aadya, Vedanth firstly hugs Amulya (which has never happened with any other woman) and later tells his grandmother by mistake that he has a girlfriend. The fun begins when Aadya confesses that it is none other than Amulya and in tomorrow’s preview we found that Vedanth is planning to propose to Amulya. #mindblown

Even though Maya has taken Muttu under her control through a black magic spell, a learned woman comes into the picture and helps Belli to win her man back. Now the surprising thing was that Belli didn’t have to do anything extra to win his heart. All she had to do was love him even more. Now it seems like Muttu will soon break out of the nasty spell on his own

Recently, Krishna found out that Radha is getting married to Vajramuni and is shocked. What is even better is when his own marriage is getting fixed with Nakshatra, which he obviously doesn’t want to go through. But the twist happens when in the temple Radha and Krishna accidentally crash into each other and the kumkum in Krish’s hand falls on the forehead of the former, while everyone watches them stunned.

To know how these plots will take the form of a good ending, keep watching all your favourite shows on ZEE5.

To Watch Mugulu Nage On ZEE5, All You Have To Do Is Click Here