A man who claimed that he hates women is finally starting to fall for someone. Get ready to turn into mush with these romantic Amulya-Vedanth moments 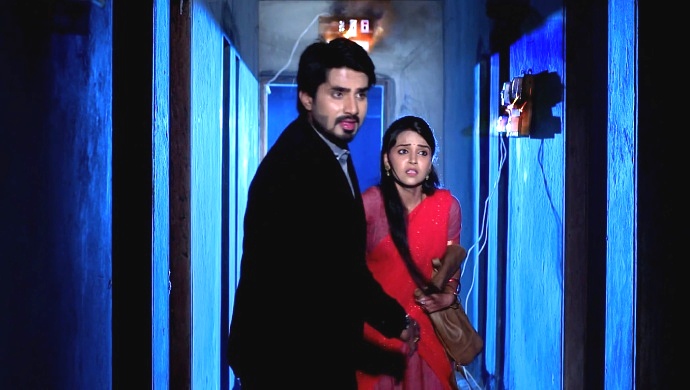 After having wins of fights and arguments, Vedanth Vashishta, the business tycoon who hated women is starting to change his ways. Like his assistant Kantha always says, this is all because of Namma Amulya Manjunath. From the time she has started working with him in matters involving Vicky and Aarthi, it seems that Vedanth with great difficulty has started adjusting to her. Even his mother Suhasini was surprised when he called her home for the presentation. For us fans, these are the real moments to cherish because the love ride is soon about to begin.

But before we get there, it’s time for you to check out all the mushy moments when you felt like pulling Vedanth’s cheeks for being so adorable. And these were the times when she showed concern or care for Amulya. So without any further ado, let’s get to those moments right away, from the beginning.

1. When Amulya throws him a taunt for making 1 good counter as opposed to her 100s

2. Vedanth asks Amulya to ’sit’, in order to give his verdict about Gautham

3. Vedanth asks Kantha to arrange for Amulya’s pickup from the construction site

4. Vedanth realises where Amulya is from her selfies and rushes to the construction site

5. When he sees her scared for the first time, his heart melts

6. He holds her hand and forces her out of the construction site

7. He shields her against the short-circuit and takes her out

8. Even after they are out, he doesn’t let go of her hand

9. When Amulya tells him that she is not ready to lose to him, he grabs her arm tightly

10. Amulya is shocked when Vedanth wonders what would happen to him if something were to happen to her

11. Vedanth is taken aback to see blood on Amulya’s arm and offers to get the medical kit

12. He nicely asks her to come and sit in the car

13. The second Amulya’s sleepy head touches Vedanth, he becomes still like as if someone touched him with ice

14. After reaching home, he worries for her causing Vikranth to be puzzled that he caring for some woman besides his mother and sister

15. Next day, he wonders why Amulya hasn’t come to the office and indirectly asks Kantha, who is startled by his boss’s question.

16. When Amulya touches him on the shoulder, he immediately realised who it is and melts!

Did your heart just go aww to these moments? If you want more give these two lead actors a shout out for their sizzling chemistry onscreen, in the space below.

Watch your favourite Zee Kannada shows on the ZEE5 platform, for free.

Sa Re Ga Ma Pa Li'l Champs Season 16 Hosted Abishek Ambareesh As It's Guest This Past Weekend. Check Out The Awesome Episode Here On ZEE5

Indra to Ram: 5 Supporting Actors From Husi Nagu Who Played Their Characters Brilliantly!