14 Off-Screen Facts About Mummy: Save Me That Are Hair-Raising!

Lohith H's directorial debut came in the form of this hair-raising horror film. Facts #3 and #5 took me by complete surprise. 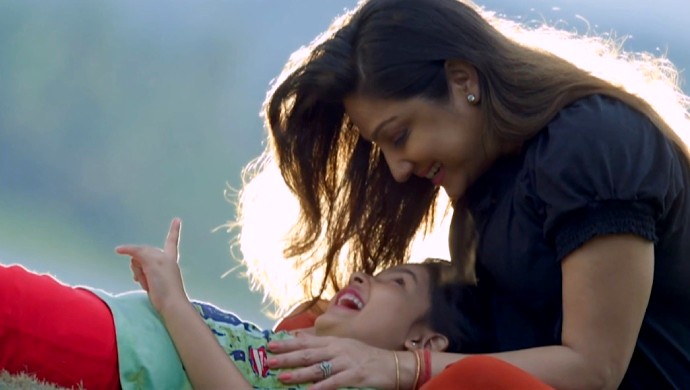 When you combine a horror film with the perfect cast, what happens? The movie becomes a part of the film treasury and is remembered forever. With Mummy: Save Me, Lohith H has thoroughly entertained us by upping the game of horror. The movie removes any scope of unnecessary footage and dialogue throughout the film, with a certain finesse in the screenplay. Starring in the lead are Priyanka Upendra and Yuvina Parthavi, who form the backbone of the film with their fabulous onscreen chemistry.

In an interview with Zee Kannada Vahini, Priyanka gave us some intel on her experiences behind-the-scenes. Getting deeper into the makings of this genius horror film, here are 14 juicy facts that Mrs Upendra gave us.

1. The film was shot in Upendra’s own resort called Ruppi’s resort, which is located near Dodda Aalada Mara (The Big Banyan tree), approximately 29 km from Bengaluru.

2. After failing to zero-in on a proper location for the shoot, it was decided that the house will be erected as part of the set. It took close to 6 months to build everything and make it look authentic.

3. One of the assistant directors of the film constantly felt an eerie presence around him during the shoot. On several occasions, he complained of an incessive knocking and noise-making near the window he slept at (most of the crew and cast stayed in the constructed set for many days at a stretch).

4. On an Amavasya night (no-moon night), Yuvina hurt herself in the exact same way she was supposed to get hurt in the film. The scene, however, was later removed from the film without a specific reason.

5. Since many of the cast stayed in the constructed set, Aishwarya Shindogi almost fainted when she saw the prosthetic head of the ‘ghost’ lying around one of the rooms she went to tinkle in. It was around 2:30 am when she screamed her guts out!

6. The crew celebrated Priyanka’s birthday on the set. Remember the scene where the characters celebrate Kriya’s birthday? It was actually the birthday of Mrs Upendra and the crew including the director got together and made merry in between scenes.

7. After the shooting of the film was complete, Priyanka was asked to take a backseat for dubbing because she was told that her Kannada accent needs a little more polishing.

8. As compared to other horror films, Mummy: Save Me included only live recording on-sets. For example, footsteps or crashing noises were done then and there. Most films use recordings and then add it on in the post-processing but not this film.

9. If you have watched the film, remember that flashback scene when the origin of the ghost is discussed? This incident is apparently a true story that occurred with the director’s friend. Lohith then took inspiration from this incident to come up with the concept of Mummy: Save Me. Even the ghost’s name in the film is the same as the actual ghost; Kumari.

10. To prove to Priyanka that she could trust him, debutant director Lohith, who was at a mere age of 20 yrs at the time, made a handmade painting of the poster of the film. Instead of making a digital poster for the promotion, he decided to do something out of the box instead. Priyanka and Upendra were totally impressed!

11. During the release of the film, there were several talks that the movie was a remake of the Bollywood film Kahaani. However, Priyanka herself cleared it through one of the leading news daily that the film is anything but a remake!

12. Unlike other Kannada movies, Mummy: Save Me didn’t include the genres of romance or comedy. After watching the film you will agree that these two genres had no place in the movie and still did fabulously amongst the fans.

13. Priyanka confessed her love for horror films since she was a child. However, she also mentioned that she never got the chance or the right script for a good horror movie until Lohith approached her. This marks her first ever horror film.

14. Yuvina Parthavi won the hearts of everybody on-sets. Despite the late working hours and hard work, this little darling, who was just 7 yrs at the time, was the life of the party. Priyanka even called her a natural!

According to Mrs Upendra, Lohith took references from various international horror classics to bring the film to the Sandalwood screen. Some even say that Mummy: Save Me was made along the lines of the international hit series, The Conjuring. Although the stories are different from one another, there might be a few technical similarities in both the films like the choice of set, the neighbouring locations around the house etc.

How many of these facts were you already aware of? Your comments are awaited in the section below.

If you are a fan of the little doll Yuvina, you can watch her other films here.

Dance Karnataka Dance: Family War Is Back For Season 2 And Here Are Few Of The Contestants