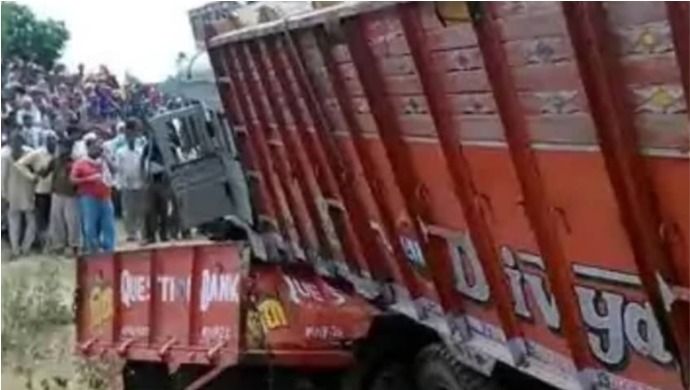 Twin accidents took place in Uttar Pradesh and Madhya Pradesh involving migrant workers who were on their way home. Six workers, who were walking all the way from Punjab to Bihar, were ran over by a bus in Muzaffarnagar in Uttar Pradesh. Eight workers lost their lives after a container collided with a bus in Guna, Madhya Pradesh, and around 50 other labourers were injured in the tragic accident.

The poor and helpless labourers are suffering all across the nation. Recently, the government has made some arrangements for transporting the poor workers but still many of them are stranded helplessly on highways. The ongoing lockdown has left the migrant workers across the nation stranded, hungry, and helpless. The poor labourers are walking miles to reach their homes. Some of them are even paying thousands of rupees to get a transporting facility. Many labourers have lost their lives to hunger and thirst, whereas some have met with fatal accidents on the way.

Encounter Breaks Out Between Security Forces And Terrorists In Kashmir