They're a combination of mothers, villains, sisters and friends, but all these actresses have done exceptionally when it comes to supporting the leads 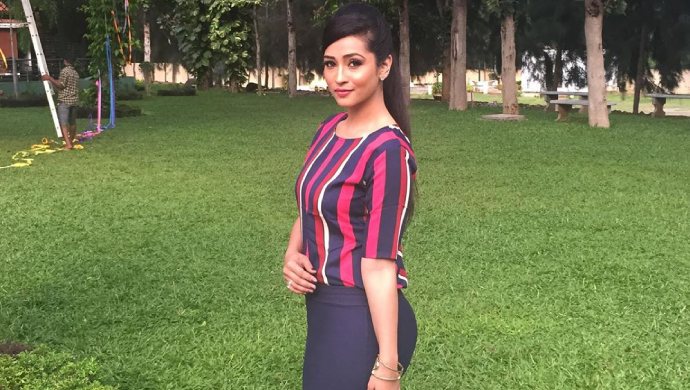 For any digital entertainment to run successfully you need to have a good team in place and this is no hidden fact. Be it a film, a primetime TV show or even a web series, the cast and crew are very important. Zee Kannada gives great importance to cast and crew of each show.

But we have with us a very interesting topic which all the supporting cast of shows like Paaru, Radha Kalyana, Jothe Jotheyali, Yaare Nee Mohini and Kamali. Keep in mind that without these guys there would be no masala in the shows you love. So what are we waiting for? Let’s begin…

Actress Mansa Manohar, who plays the role of Aarya Vardhan’s Manager, Meera Hegde, is comparatively a newbie in the industry but has got a huge fan following after her success as the villain of the show. In the story, she supposedly is very possessive about Aarya and doesn’t like Anu getting so close to him.

Actress Apurva Shri, who is a well-known actress in Sandalwood, plays the role of Pushpa Sirimane in the show Jothe Jotheyali. What a fabulous actress she is for doing motherly roles despite her young age. You must have seen her playing the role of Ningamma opposite Tabla Nani in the film Chemistry Of Kariyappa.

Playing the role of the lead’s best friend, Ningi, in the show Kamali is actress Ankietha. With her two juttus and timely jokes, Ankietha is a fine actress who can portray almost any kind of role. If you are a fan of this lass then you must have already seen her TikTok videos on her social media.

The villain of the show Kamali aka Anika Mahajan is next on the list of a brilliant supporting cast on the show. Actress Rachana Smith is also a contestant on Dance Karnataka Dance Family War 2, does a great job as the villain of Kamali. On the show, Anika hates Kamali because she is always stealing her thunder and in my opinion, no one could play this role better than Rachana.

Next up is actress Mansi Joshi, who is also known as the villain of the Paaru aka Anushka. In the story, Anushka is supposed to marry Aditya (the hero), but when a village girl named Paaru comes in her way, the former cannot bear to see it. So she puts countless obstacles in Parvathi’s path and enjoys torturing her. In real life, actress Mansi Joshi is a fashionista, who loves all her fans.

Another veteran of the industry is actress Vinaya Prasad, who plays the prominent role of Arasanekoteya Akhilandeshwari on the show Paaru. Her role is that of an influential and wealthy businesswoman, who runs an empire with the help of her son Aditya. Akhila belongs to a world where her decision is final and no one can dare oppose her because of the stature she has built for herself. In real life though, all fans of this actress know that she is a wonderful soul at heart.

Next up is Aishwarya Baspure aka Maya from the show Yaare Nee Mohini. Portraying a villain’s role is more difficult and we all know it. But actress Aishwarya does it with ease even though she is a very reserved person in real life. That’s why you will rarely see her on reality shows etc. Her onscreen villainy might even make you angry, but in real life, Aishwarya is a gentle soul.

Did you know that actress Spandana played the role of Arundhati in the Zee Kannada show Vidya Vinayaka that went off-air sometime last year? Soon afterwards, she was roped in to play the role of Kaushalya on the hit show Radha Kalyana. The character itself is quite a difficult one because Kaushalya is paralysed from the waist-down so for Spandana to portray such a role must have been difficult but her fans praise her for this role till date.

Finally, we come to the cutest supporting actor Yashaswini Ravindra, who plays the role of Rishi’s sister Rachana on the show Kamali. Her role is to stay by Kamali’s side as her friends while having the occasional fights with her brother. Actress Yashaswini is no doubt doing a great job at this role and you know it.

Time to vote for your favourite supporting actor and let us know why in the space given below.